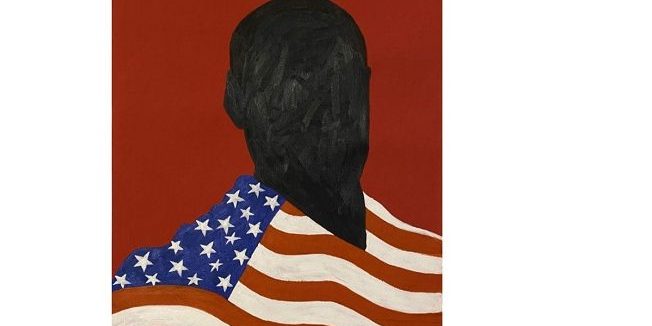 ‘If you have been following the news in the United States recently, you probably know, by now, that there is a terrible crisis that has been triggered by the four-word sentence that I have used as the title for this homily…

TO HEAR MORE CLICK ON THE FOLLOWING LINK, OR SEE TRANSCRIPT BELOW:

Courtesy to the owner of this video : Roman Catholic Diocese of Kalookan This video is uploaded not intended for copy right but for the purpose of evangelization

If you have been following the news in the United States recently, you probably know, by now, that there is a terrible crisis that has been triggered by the four-word sentence that I have used as the title for this homily… “Please, I cannot breathe!”

The man pleaded desperately saying “Please Sir, I cannot breathe. Please I need some air! Please give me some water!” The lady who was capturing it on video, along with the onlookers, are now also pleading, “Please let him breathe.” To no avail. The man is now moaning and gasping for some air and crying like a baby. In his desperation he starts calling out for his mother saying “Mamma, mamma!” He was dead by the time the paramedics came to attend to him. This gripping scene that happened in Minneapolis just a few days ago has so angered the coloured community in America. It has triggered violent strikes and lootings in various cities of the United States.

It was also aggravated by a video of a white woman calling 911 because an educated black man, in fact a Harvard graduate, she did not know of course, who had happened to be doing birdwatching in the Central Park of New York, had asked this white woman to please put her dog on leash, as required by the Law. Well, she obviously didn’t like being told what the Law was by a black man. Fortunately for the black man, he had recorded the incident on video and uploaded it for the public to see how this woman had called 911 claiming that the black man was threatening her at the Central Park. She made a scene over the phone, desperately crying for help as if she was really being attacked!   And she did all of this, as she held her dog by its collar until the poor animal was beginning to suffocate. I could practically hear the dog pleading, in dog talk, “Please I cannot breathe!” But the woman was also gasping and pleading over 911 like she was being really assaulted. She was breathless in her drama, and the video proved it to be false. It was the dog that was being suffocated by its own master.

These scenes have made me think of several other similar scenes of cries for help. I also imagine a patient in a hospital crying out “Please, nurse, I cannot breathe!”. Since the COVID crisis began this has been the desperate cry of many infected people, whose lungs have been taken over by a vicious virus that prevents people from breathing properly, causing what they call an acute respiratory syndrome. And the nurses, who are already up to their necks with similar pleas from other patients are in panic themselves. They rush their patients to the intensive care unit where they have to wait until a ventilator is made available for them. And in their state of utter helplessness some of the patients grab their cell phones and call on their loved ones and say their goodbyes as are they gripped by fear that they might not survive this. Like the black man George Floyd, we are told by health workers that even elderly patients afflicted by the coronavirus cry out while they are running out of breath. They call for their mothers and they say “Mamma, mamma!”. And many of them have not survived this ordeal.

Stretch out your imagination a little further. “Please I cannot breathe!” Was this not also the desperate cry of the environment before this pandemic took place. How the earth was virtually also pressed down by the neck by giant companies with no conscience and no morals about using up the world’s resources and literally choking land, water and air with so much toxicity, suffocating the earth with solid waste, liquid waste and gaseous waste. Even as the rain forests are burning and the glaciers are melting and the world’s climate is radically changing. And then comes Pope Francis, with his Laudato Si, pleading. I imagine him to be like that lady who had captured the cruel scene on video, verbalising the earth’s, our common home’s, cry for help “Please I cannot breathe!”

My dear brothers and sisters, what a time to be celebrating Pentecost, when all over the world people are beginning to suffocate already after nearly three months of quarantine while the pandemic continues to plague every corner of the world. Our Gospel today says Jesus came just in the nick of time when his disciples, who were already suffocating in their fear, had turned the Upper Room into a virtual tomb, because they had allowed their minds and their hearts to be locked down by fear and anxiety and choked by the power of evil. The risen Lord breaks into the room and allows some fresh air to get in and his message is for all of us – “Peace be with you” – and he breathed on them.

Brothers and Sisters, the Holy Spirit is the breath of new life that Jesus brings in all the death-dealing situations that we find ourselves in. It is the breath of justice and accountability on those who are pinned down on their necks by cruel, heartless and inhuman systems of governance. It is a breath of compassion and assurance for those who are already suffocating in their fears and anxieties. It is a breath of generosity for those who are terrified about finding their next meal for their family. It is a breath of forgiveness on those suffocating in irrational hatred and resentment. But it does not end here. He breathes on them so that they could breathe on other people aswell. He said “As the Father sent me, so I send you. Receive God’s holy breath.” It is His way of saying ‘Just as I was sent to save those who are running out of breath, so also I send you with the same mission, to breathe on others’. The Holy Spirit is God’s breath of Grace that liberates all of us from our mutual fears, from our biases and prejudices, from our guilts, our angers and resentments, our cruelties and inhumanities. We have received the Holy Spirit, so that we could give the Holy Spirit as gift to so many others who are also choking. As we have been liberated to breathe, so we are now being sent to liberate so many other people who are presently still suffocating, still gasping for breath, still crying out desperately, calling on their mothers “Please I cannot breathe!”