Canonesses take the lead in the Enlightenment 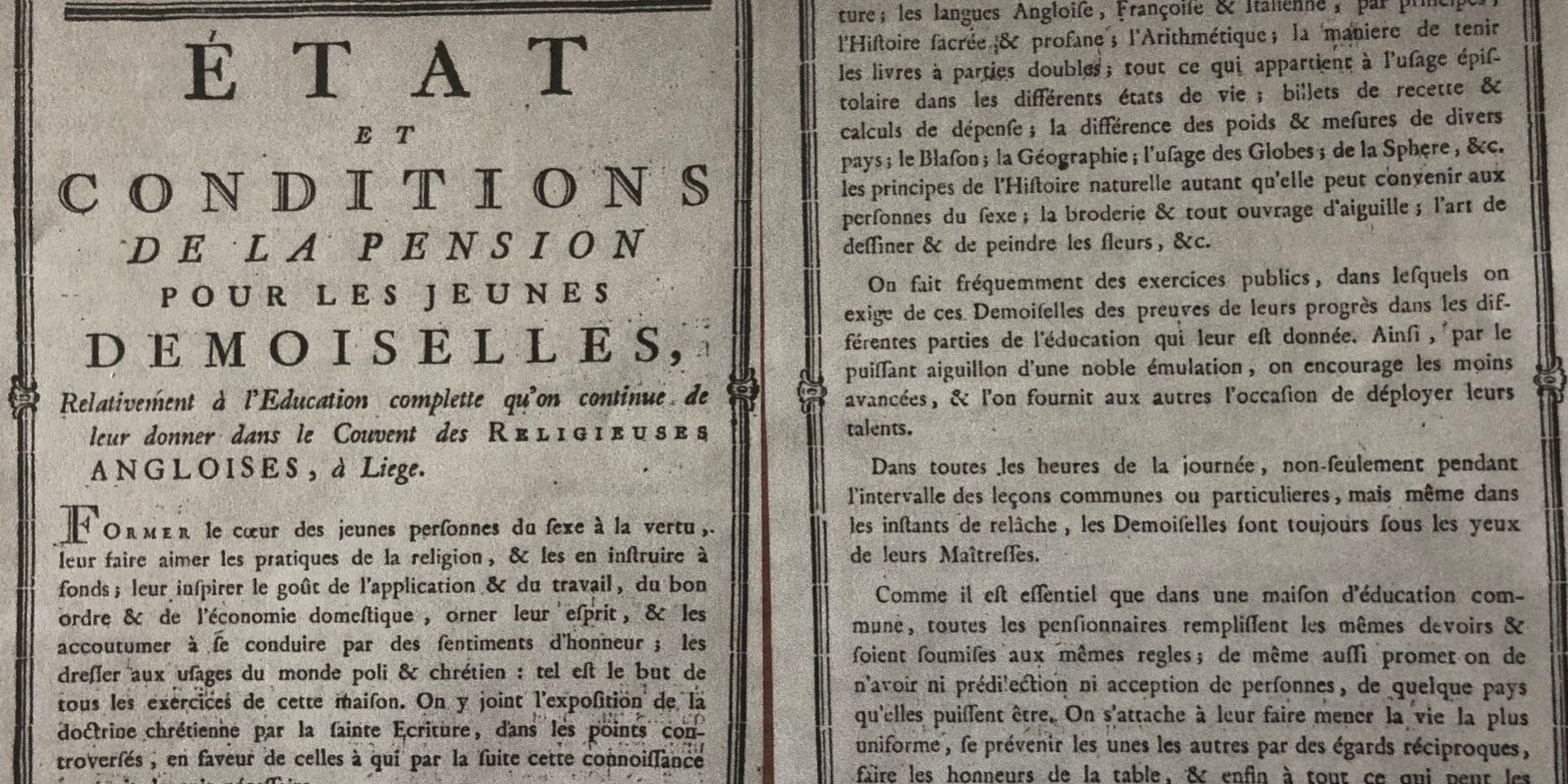 At the beginning of June, Dr Cormac Begadon, of Durham University, gave an update on his research to the Community, via a ‘Zoom’ meeting.

The path his research is following concerns the Community’s role in the Catholic Enlightenment.   Dr Begadon will be exploring the suggestion that Christina Dennett inspired the Jesuits (not the other way around). Examining a rare printed prospectus of the Community’s school and documented accounts written by Jesuits closely connected with the Community in Liège, Dr Begadon suggests that reform in education was led by women. Christina Dennett’s vision of the Sacred Heart inspires her to develop the school; this is important in the fulfilment of the Catholic Enlightenment.

In the Benefactors book there are gifts of globes, atlases, books of all kinds – they were studying geography, music, languages etc. There are individual parental/guardian’s instructions about what they are to learn; an enlightened education, more than just the usual education for ‘young ladies’.

Cormac highlighted four major milestones in his research. The news will be welcomed by those interested in the Community’s history:

You can read more here

And also on our Archive page